White water river rafting is one of the most thrill water adventures one can experience in a river. Higher the rapids, more is the fun. I and couple of my friends went for white water rafting in Arkansas river earlier this year. We did the Class 3 rapids because none of us had real rafting experience and that was a good choice for beginners. We were trained to raft in coordination with each other in calm water before we hit the huge waves down the river. The waves were intimidating as they came through and we had to keep rowing strongly to get through them. We had a great time in the water and our guide was super nice to help us out every time we got stuck along the rocks in the river. We would all cheer up as a team as we passed through the rapids. We crossed about 7 rapids in all , the initial ones being class two and later ones class 3 I would definitely recommend this adventure for all the those who are fond of water sports and next time it is going to be Class 4 rapids for me 🙂

This year spring took me to the beautiful Colorado peaks where I experienced Mountain Biking for the first time in my life. The most interesting thing about my adventure was I got to see all kinds of weather in my journey down the Pikes Peak. Snow, rain and sunshine to name a few although I wish it should have been just the sun. We started our biking right from about 10,000 feet above ground level at the top most point of Peaks Pike and made our way down the mountain. The start of the trip was the most challenging part of the trip as the wind was very chilly high up in the mountains. As we made our way down, it was much more pleasant to bike.

The biking was almost downhill all the way so we all had to be very careful with the brakes and of course the speed. We also made some stops to see the scenic overlook which was a wonderful sight to the eyes and a break from the rigorous biking as well. Our guide showed us the oak trees around, their barks resembled human faces naturally and it was quiet fascinating. The most enjoyable part of the ride was the last 2000 feet, when the sun was out with a light breeze which was just perfect. We then made our way to the Garden of Gods, and relaxed there soaking the sun and that was the part I loved the most. All in all it was a great adventure and I would definitely recommend it to thrill seekers who wish to take up a challenging experience during their travel. The best time to do this is definitely summer. 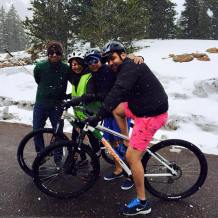 At the top of Peaks Pike 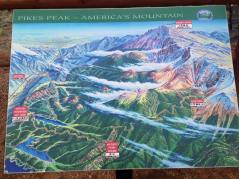 Another one at the top

After the day of camping at the Winding River Resort, we headed towards the Rocky Mountain National Park to explore the winding trails that led to breathtaking waterfalls, lakes and rivers. We started with the Adams Falls trail which was short steep uphill trail. We were very lucky to spot a Moose on our short way up the hilly terrain. The locals there told us that Moose is a really aggressive animal and very protective as a mother so all of us were very careful while watching the Moose enjoy in its natural habitat. We finally reached the Adam Falls which was beautiful and all worth the uphill hike. 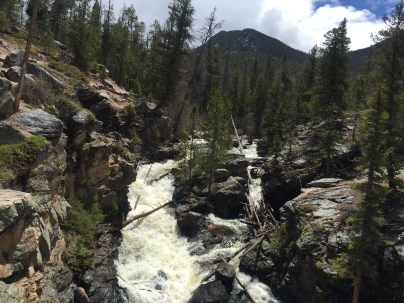 After our hike, we relaxed and lounged by the magnificent Grand Lake which is the largest lake in Colorado at an elevation of 8000 feet. We geared up for our next trail after relishing the delicious Mexican lunch at the Grand Lake Downtown. Our next trail was full of wild yellow/white flowers and huge lush pine trees which led to the massive Colorado River flowing under the bridges. The weather was sunny and I enjoyed this trail the most. 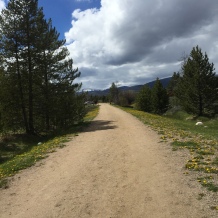 We ended our day driving ten miles through the Rocky Mountains surrounded by alpine meadows, forests and creeks. By the end of the day we spotted about six Moose, ten Elks and so many deer and horses grazing grass in the lush meadows. It was so amazing to see the wildlife in the national park and not tied up in zoos. However one thing that we missed was the Mountain View from the Trail Ridge road which leads to the highest peaks of Rocky Mountain National park. It was closed due to the recent snow storm in Colorado and we had to make our way back after reaching up there. Have you recently hiked National Park. Which one is your favorite? I would love to know! 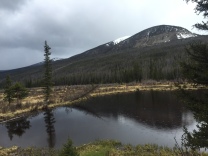 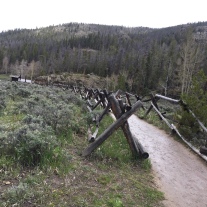 The state of Colorado located up in the mountains is very scenic and breathtaking. I have always wanted to camp in a cozy little tent by the river in the midst of mountains and finally got to do it in Colorado. Since the weather has been so unpredictable lately, we decided to camp in a little log cabin bordering the Colorado river. The cabin was a part of the Winding River Resort campground located few miles from Rocky Mountain National Park right by the Grand Lake. The cabin was a little chilly during the night when we snuggled into our blankets to keep ourselves bundled up and warm.

Waking up in the morning in the midst of mother nature surrounded by peaks, creeks and wildlife was like a dream come true. We went for an early morning walk and I was very excited to see the horse stables, vegetable farms and hear the river water gushing through the creeks. We also enjoyed breakfast in the picnic table right next to our log cabin by the fire pit that kept us warm during the chilly morning. During our stay in the campground, we did not have phone signals and it felt so good to be out of the digital world and so close to mother nature for once. I could easily imagine how it would have been to live in the early ages and how much more intimate and close people must have been to each other in those ages. I was lucky to experience it in today’s world of digital chaos. I will recommend this trip to all those adventure seekers who want some peaceful time to themselves away from city life. 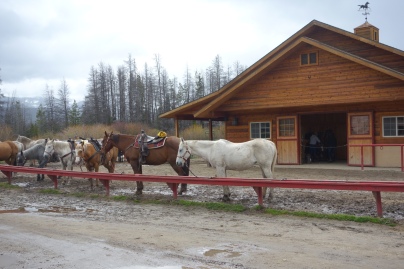 The pumpkin farm is my happy place🎃
When days get cloudy and murky🌧, it’s time to create your own sunshine🌞 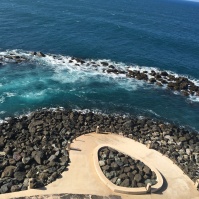